Our mission is to empower creative people to stay aligned to their own creative growth, to challenge the conventional paradigm of what it means to be creative and the way in which we live and work as artists.

Why My Next Chapter for Creatives?

Coach and facilitator Bev Morton and artist Jean McEwan have both been part of Bradford’s creative community for many years but surprisingly didn’t meet until 2016. At a chance encounter, they discovered they both had a deep interest in personal development, participatory arts practice and a shared passion for collage and typography.

Many enthusiastic exploratory conversations and shared making sessions later, this led to the idea of the collaboration for My Next Chapter for Creatives. This brought together Bev’s coaching and facilitation skills (and a then dormant creative practice) with Jean’s thriving socially engaged arts practice with people and communities.

We do what we do by being who we are and doing what we do best. We are now ready for My Next Chapter for Creatives to flourish, supporting people in the process.

Founder/Director The Art of Possibility Ltd and My Next Chapter 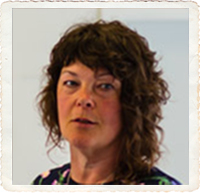 Bev Morton is an accredited coach and facilitator who supports individuals, teams and organisations in transition across the UK. She works with thinking and doing people, people who make things happen, social entrepreneurs, leaders, creatives, change makers, risk takers and those who want to live and work ‘beyond the pay packet’.

Bev previously founded Bradford-based charity Artworks Creative Communities and was awarded a Clore Fellowship in 2005/6, subsequently becoming one of the facilitation team for over nine years. She is a Fellow of the Royal Society of the Arts and set up The Art of Possibility in 2007 as a way to increase impact and build individual and organisational well-being and resilience.

She also feeds her own creativity by being a practising artist and jazz singer and creating programmes such as My Next Chapter. 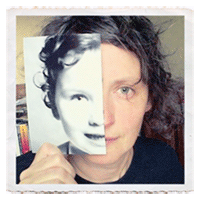 Jean McEwan is a Bradford-based artist and organiser who has been working across visual, curatorial, collaborative and socially engaged practices for over a decade. Her participatory practice, informed by her previous career as a community worker, creates spaces for meaningful connections between people. She has worked both nationally and internationally, including residencies with Creative People and Places project Super Slow Way, Kirklees Council Plan For Places and in Jamestown NY.

Jean is founder of ‘Wur Bradford‘ (“Wur’ means ‘our or ‘we are’) a responsive arts project which explores the connections between imagination, community and social change with people and organisations in the city. Wur Bradford has been featured in the Guardian Culture Professional as a ‘reason to be cheerful’.